Murals celebrate equality on the club! 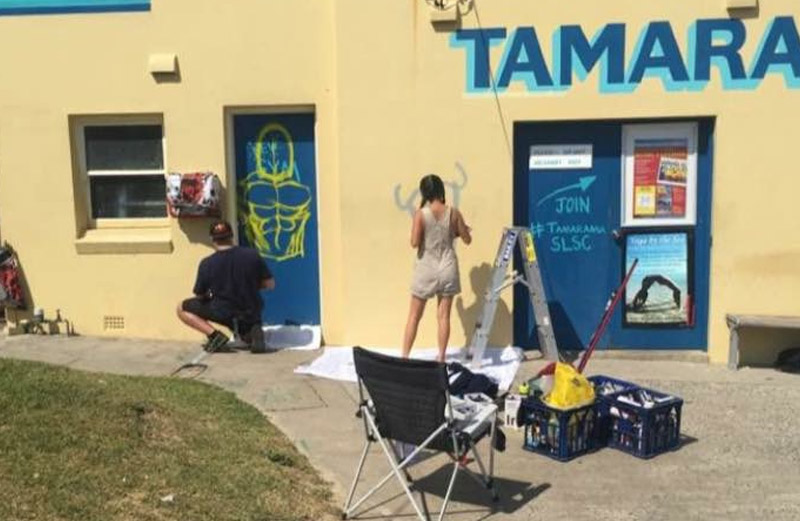 The painting was designed by local artists and lifesavers who feel strongly about marriage equality. We hope you enjoy and love the paintings as a celebration of love, freedom and equality as much as we do! The ocean doesn't discriminate and neither does Tamarama!

Join Tamarama SLSC on Sunday 8 Nov as we celebrate the Rainbow Walk for Equality.

The painting is only temporary. The view we all know and love will return to normal in a few weeks.

We've included a statement below from the club.

We, Tamarama Surf Life Saving Club write to express our support for marriage equality. We recognise the right of our lesbian, gay, bisexual, transgender and intersex (LGBTI), members, volunteers, beach goers, patients and our facility users to live and work free of prejudice and discrimination. This includes the right to marry the partner of their choice.

Australians are increasingly supportive of marriage equality, with a recent Crosby Textor survey showing seventy-two percent, believe same-sex couples should be allowed to marry. We agree. Of the remaining twenty-eight percent only fourteen percent strongly opposed the proposition.

Globally, over twenty countries have passed laws to allow same-sex marriage, including countries that are culturally similar to ours like New Zealand, the United States of America, Canada, and Great Britain. These countries did so with lower support for marriage equality than Australia is seeing right now.

On May 22 nd, 2015, the Republic of Ireland held a referendum to sanction same-sex marriage. A Yes vote was supported by the Government, all major political parties and the voters themselves.

On June 26 th, 2015, the U.S. Supreme court returned a judgement in favour of legalising same-sex marriage across all 50 states.

These two events see Australia isolated among countries with English as a first language. Not only is marriage equality the only the right thing to do, it also helps improve volunteer organisations like ours and our service delivery by allowing everyone to be treated with equal respect and feel included. We, therefore, support marriage equality.