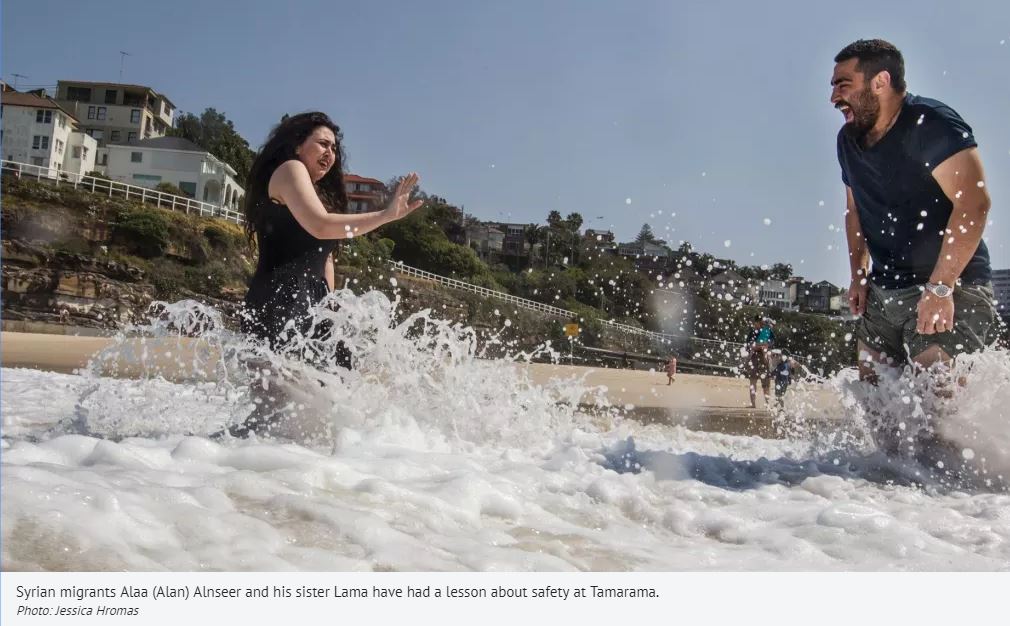 Syrian refugee Alaa (Alan) Alnseer, 23, has pulled the injured out of bombed buildings in war-torn Damascus, but after his first experience of rough surf he wants to stop drownings on NSW's most dangerous patrolled beach.

Mr Alnseer may be brave but he is not the stereotype seen on TV's Bondi Rescue. Yet the young Syrian dentist and first aid officer who arrived in Australia with his sister Lama five months ago is exactly the kind of recruit that Tamarama Surf Life Saving Club is targeting.

Tamarama Surf Life Saving Club president Tim Murray said it was the club's new mission to be inclusive, and reflect the make-up of Australian society. Having people from non-English speaking backgrounds patrol the beach would also help prevent further drownings.

"And the surf club is a great way to become part of Australian society," Mr Murray said. 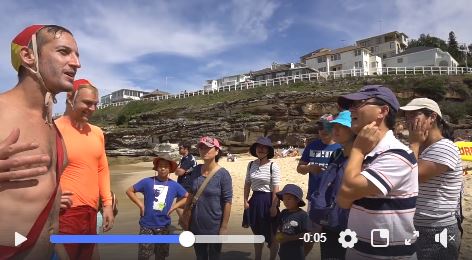 VIDEO. Tamarama China Migrant Day Tip #1:
If you get in trouble in the water put your hand up!
游泳的时候觉得不舒服，把手放在空中！ 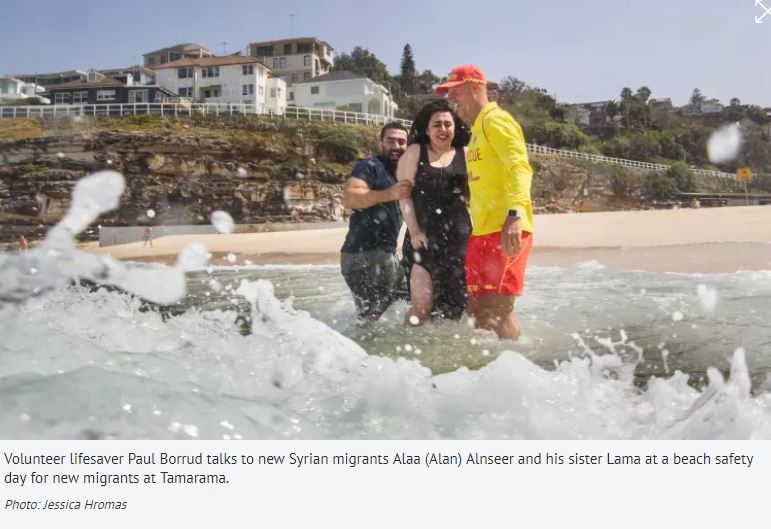 Among the migrants at the water safety day, even those such as Mr Alnseer who had swum at a beach before said they were scared of the pounding surf at Tamarama. Their biggest fear at the beach, however, was sharks.

Mr Murray said he was unaware of any deaths from shark attacks at Tamarama but each year about 200 people were rescued from dangerous rips.