The project to rebuild Tamarama Surf Life Saving Club is well underway. Those that would have walked past would have seen little progress as the project has experienced an enormous amount of rain delays. There have also been a lot of delays as the project team put in a lot of work in carefully demolishing the original building without affecting the iconic façade.

Now there have been strong foundations built, some asbestos has been carefully removed and there has been a lot of effort put into reinforcing the retaining walls. The building is now ready for the concrete slab for the base of the building which will be poured in the next couple of weeks. 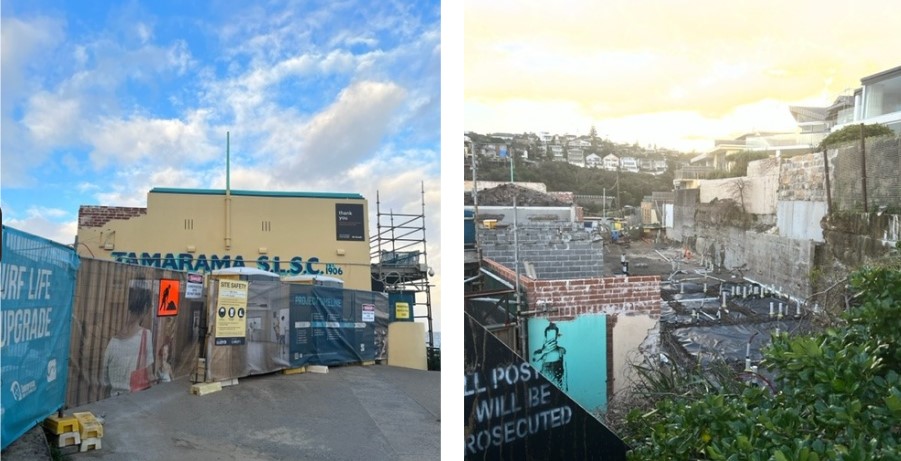